When I orbited the Earth in a spaceship, I saw for the first time how beautiful our planet is. Mankind, let us preserve and increase this beauty, and not destroy it!

Space, the final frontier. These are the voyages of the Starship Enterprise. Its five-year mission: to explore strange new worlds, to seek out new life and new civilizations, to boldly go where no man has gone before.

If you could see the earth illuminated when you were in a place as dark as night, it would look to you more splendid than the moon.

To be the first to enter the cosmos, to engage, single-handed, in an unprecedented duel with nature—could one dream of anything more?

NASA is not about the ‘Adventure of Human Space Exploration’…We won’t be doing it just to get out there in space – we’ll be doing it because the things we learn out there will be making life better for a lot of people who won’t be able to go.

That's one small step for [a] man, one giant leap for mankind.

Where ignorance lurks, so too do the frontiers of discovery and imagination.

Dinosaurs are extinct today because they lacked opposable thumbs and the brainpower to build a space program. 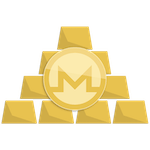 Hey there! Thanks for checking out Bitblog. Just so you know, this website uses your browser to mine Monero coins when you view blog articles. Think of it as an alternative to advertising. If you are cool with this, close this modal and proceed to read the articles ad-free!